As always, retired MMA fighter Genki Sudo has globally released a new song from his group’s WORLD ORDER entitled “WE ARE ALL ONE”, through Youtube. What’s shocking is that it doesn’t even have a single Japanese caption! Is that a form of love, Genki, huh?

Genki Sudo WORLD ORDER's Released "WE ARE ALL ONE" 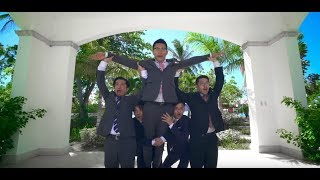 Cebu Island in the Philippines has some over-makeuped villains who started to control to an online English school. Help! QQ English is in danger from these gothic horrors! I mean villains!

Genki Sudo and other members of WORLD ORDER are enjoying the cherry blossoms in Ueno, Tokyo (or somewhere?). Suddenly, Genki gets an S.O.S. message from a QQ English staff through the phone. Woah, a long distance message. That costs a lot! Do they fly to the island? Nope! They just fix their suits and starts dancing under the tree.
Then Ta-da! Teleportation. Come on! Nooo. They actually fly… through Philippine Airlines. Yes, a business trip is one of the things this group is good at.

WORLD ORDER finally arrives at Cebu via Philippine Airlines -> Jeepney -> Motorbike/Tricycle (in the Bisaya language) -> Boat. Such a long trip! Air, land and sea transportations. This shot of the men in suits entering the enemy’s territory under a tropical sky view is killing. (It must be really hot to shoot this scene, I guess.)

How does Genki deal with the bad guys? He does the robot dance. Actually, just look at the picture!

This is the fight between Genki Kudo vs. Butterbean in 2003.
Yes, a man must be very strong. Of course, a strong woman is good a s well.

I should stop here because I don’t want be a spoiler. This WORLD ORDER’s film music video can be problematic for some people, but it is OK for me. I’m just knocked out by Genki Sudo in a suit standing under a tropical sky. That’s enough for me.

FYI, Genki Sudo is assuming the head of QQEnglish 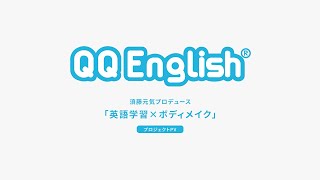 Wow, no wonder he is called “ever-changing trickstar.” He does double or triple clops.

*This is a gag phrase of Kyohsui Izumi played by Genki Sudo in a movie of movie “Kamen Rider W Forever: A to Z/The Gaia Memories of Fate”